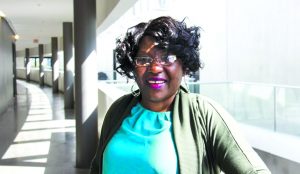 Growing up in Gabon, a French- speaking country on the west coast of Africa, Laetitia was a child just like any other. She loved playing soccer with her brothers and dreamt of becoming a doctor. She loved going to the Saturday morning market with her mother and getting her hair braided the night before church. Most of all she loved watching the colours of the horizon change with the sunset each night.

When Laetitia was nine years old, she began to get migraines. Eventually the headaches grew so intense that her mother took her to the hospital. They diagnosed her with congenital glaucoma. The doctor prescribed eye drops to help relieve the intense pressure in her left eye, but they turned out to be the wrong kind and damaged her eye instead. Unfortunately, by the time she was able to get surgery, it was too late. “There was nothing the doctor could do except to keep the little eyesight I had for a few more years,” says Laetitia.

Facing barriers for the first time

When Laetitia was in grade five, she began experiencing discrimination for having a disability. Instead of being included, Laetitia was bullied—not by students, but by her teacher. Two years later, the school refused to teach her and she was forced to drop out and stay at home for nearly four years.

One day, as Laetitia puts it, “magic happened.” She was watching the news with her mother when then-First Lady of Gabon Édith Bongo announced she would be opening a school for students with disabilities called Fondation Horizons Nouveaux. Immediately, Laetitia knew she would try to go. Even there, discrimination and daily abuse persisted, but the youngster persevered.

In college, she became familiar with the fact that having a disability means taking a harder route to reach the same goal as everyone else.

“I had nothing accessible to me, so I had to make do with what the teacher taught me in class. I had to work three times harder than everyone else to be able to succeed.”

Laetitia earned good grades for the three years of schooling and headed into the baccalaureate exam with confidence.

Laetitia nearly didn’t pass the exam— not because she didn’t perform well, but because some teachers who didn’t believe a person with a disability should earn the certificate made her final exam disappear. However, her excellent academic standing allowed her to retake the exam orally, which no one would be able to dispute.

A new start in Canada

Laetitia used her scholarship to enroll in Sherbrooke University, Quebec where she could study in her first language. Unfortunately, she quickly learned something Canadians with disabilities already know; there are barriers here too. Laetitia was forced to change majors since some materials were not available in braille.

Laetitia eventually graduated with a degree in Applied Policy and decided to move to Vancouver to study social work at UBC. It was
exciting to be starting a new program, but the transition came with yet more challenges. “Here I was in Vancouver, I knew no one, I was struggling with the language, and had no income coming through.” While some things, like the public transit, were more accessible than Montreal, finding an apartment and finding work tested her strength. Eventually, she found a social worker who was able to assist in finding her a place to live.

Patience is a virtue

Even though she was eager to begin right away, Laetitia postponed her graduate degree and spent two years taking
ESL classes. She waited for a more accommodating class taught for those speaking English as a second language.

Everything began to slowly come together—with an emphasis on slowly. But Laetitia has used the barriers in her life as an opportunity to accept that good things can take time.

Around this time Laetitia also started going to church, where she met a pastor named Abraham Jones who strongly encouraged and supported her. For one, Abraham told her she was too smart to not find work. With his help, she started work serving at a restaurant, and then eventually got hired at the Rick Hansen Foundation where she still works as a Regional Account Coordinator for the Rick Hansen Foundation School Program (RHSP). The school program resources provide educators with inclusive tools for empowering students of all abilities to reach their full potential.

Through the barriers, Laetitia has always relied on her inner strength, which she attributes to three different things.

Her attitude when it comes to challenges: she considers them not as a roadblock, but more of a speedbump that can be overcome.

The people who have invested in her: her mother, the late First Lady Édith Bongo, her pastor Abraham, and all her friends and colleagues. She acknowledges how many people help her every day, and when it’s hard to carry on just for herself, she does it for them.

Her connection to God: “On days
when I feel nothing is working, I know I’m not alone. I can wake up in the middle of the night and know that someone can still hear me.”

Looking forward to the future

Laetitia now has her own business making handcrafted scented candles that she plans to one day expand. She’s also currently taking the pre-requisite courses to study counselling so she can one day help youth in need. “The most important thing to me now is to do the things I want to do,” she says, “and to help see change in other people’s lives.”

Madeline Barber is a writer and editor in Vancouver where she shares stories about accessibility and inclusion with the Rick Hansen Foundation.

PreviousWash your hands with Peppa Pig!
NextMomcations? Yes, they are a thing 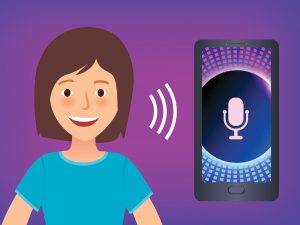 Cut yourself some slack 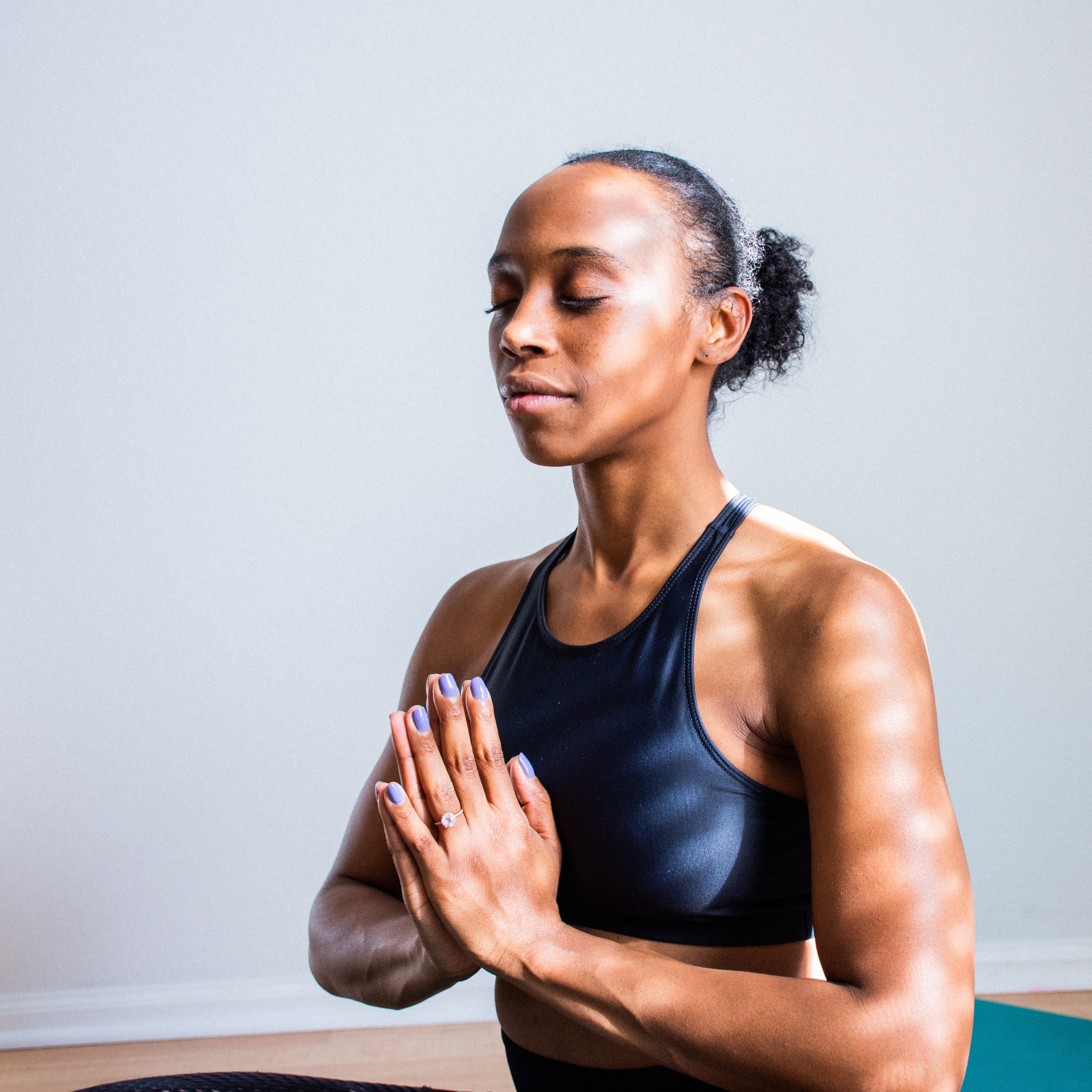 How to find inner peace during stressful times. 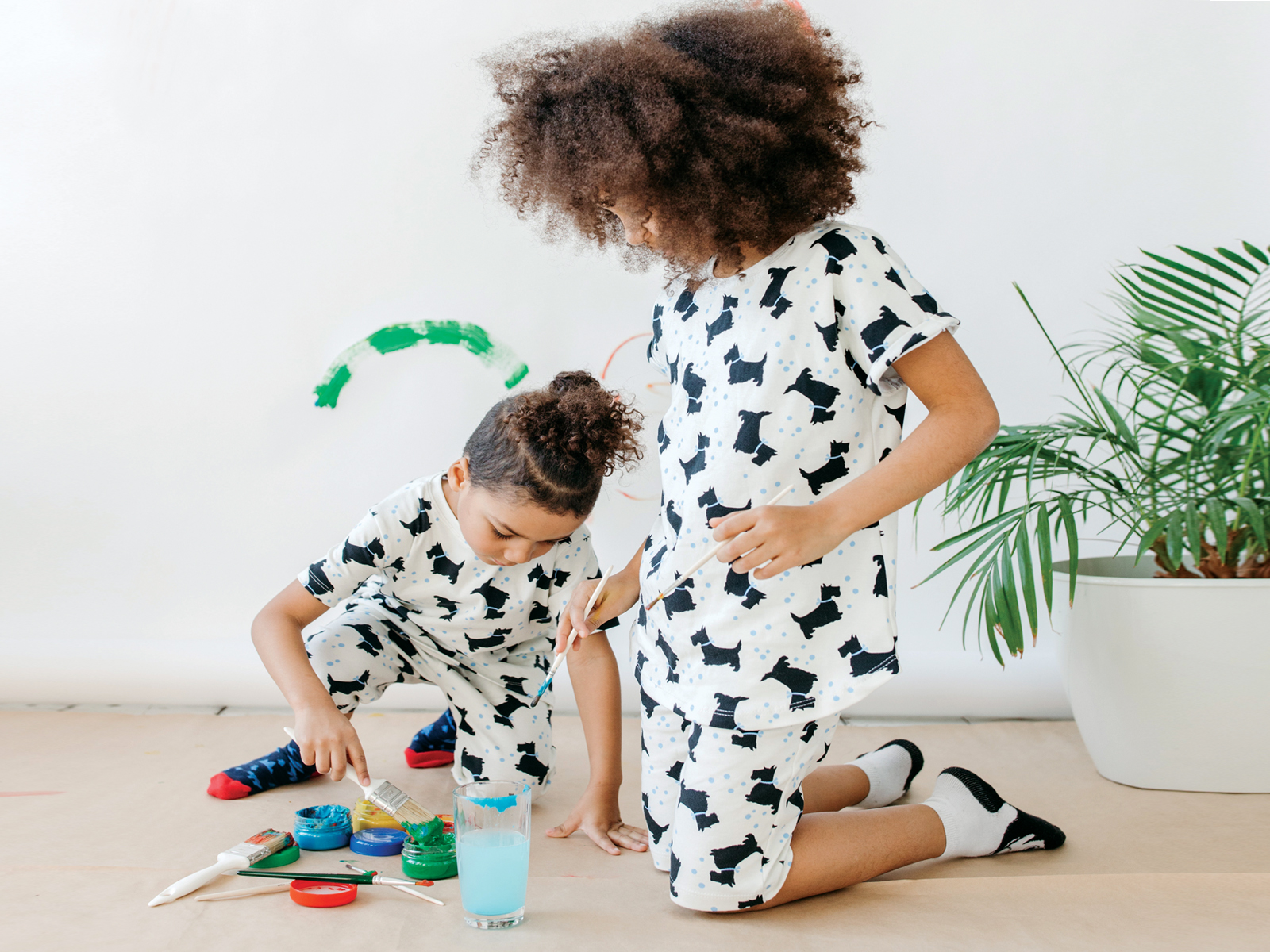 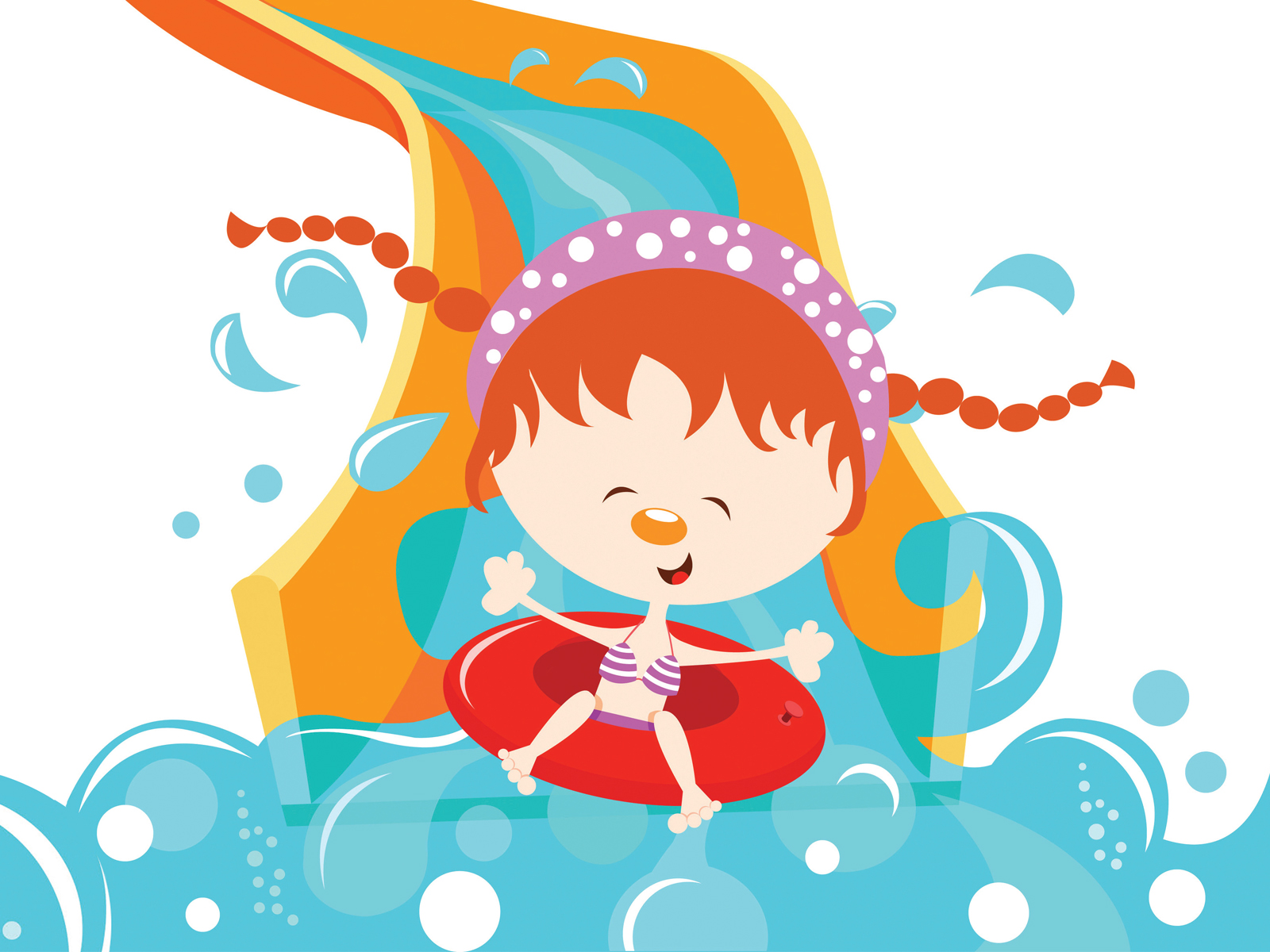