Children with autism are more likely to have higher weights because they’re often less active, can have unusual eating patterns, and may take medication that causes significant weight gain.A new study in the journalAutism is the first to ask autistic youth themselves what it’s like to be on the receiving end of clinic talks about their weight.

Researchers interviewed eight youth aged between 10 and 18 seen at Holland Bloorview’s psychopharmacology clinic who take atypical antipsychotics to treat irritability and aggression. These drugs can cause a pound of weight gain a week, probably because they cause insulin resistance.

Patrick Jachrya was the lead author on the paper, which comes from a research program headed by senior scientist Amy McPherson. We talked with Amy.

Q) Why was there a need for this study?

Amy McPherson: This study came about after a few years of Evdokia Anagnostou and I talking in the coffee lines at Holland Bloorview about the work I do on weight in kids with disabilities. Evdokia, who co-runs our Autism Research Centre, felt my work was much needed in working with children with autism, especially those she sees in the psychopharmacology clinic. One of the side effects of the drugs these children are on is considerable weight gain. Evdokia was having conversations with children and families about this and felt she didn’t have the training or support to know how to approach these talks.

Q) What were the key results?

Amy McPherson: Generally the kids found weight discussions very anxiety provoking. They were very nervous about having these conversations, especially if the topic came out of the blue and they weren’t expecting it. Trust was an important part of a relationship to have these discussions without distress.  Children had often seen many health professionals before coming to Holland Bloorview. Unfortunately, all participants described having experienced weight stigma from clinicians (who very likely didn’t intend it). They said they felt the stigma, and it made them afraid to talk about their weight because they were expecting to be made to feel very badly about it.

Q) How does weight stigma in the wider world influence these talks?

Amy McPherson: It’s fair to say that the youth had internalized the societal message that smaller bodies are better and desirable and healthy. This had often been reinforced at home by their parents, and also by their doctors and nurses, who they see quite regularly. That’s the world we live in. There was some evidence that they had started to perseverate on losing weight, and that it became a preoccupation.

Q) To what did the doctors attribute their weight gain?

Amy McPherson: We know that many doctors and nurses assume that kids are eating too much and not exercising—even though medication likely has the biggest effect. Children were made to feel lazy and blamed. They feel like they’ve failed, because they’re being compared to typical weight charts. Families might be told ‘your kid is just off the charts.’

Q) Even though those charts aren’t made to reflect weight gain you would expect as a drug side effect?

Amy McPherson: Yes. It’s viewed as a personal failure and within the control of the individual. Even though we know that weight is affected by so many things beyond the individual.

Q) Some of the participants described professionals scolding them and trying to scare them. Why doesn’t that approach work?

Amy McPherson: How long have you got? We know many health-care professionals think that they can shock people into losing weight. The science tells us that this approach doesn’t lead to weight loss.

Q) What does it lead to?

Amy McPherson: Weight gain. It can increase poor eating habits and overeating and binge-eating. And when children feel blamed and shamed, they don’t feel like going to the gym and working out. They avoid people. It also works on the stress hormone circuit, so that can lead to weight gain. Blame and shame have absolutely the opposite effect of what health professionals intend.

Q) It struck me that the youth described incredible anxiety about their weight, and especially if they didn’t realize the doctor was going to bring it up.

Amy McPherson: Kids with autism often feel quite comforted by routine and knowing exactly what’s going to happen, so this is a particular population that may benefit from a more structured approach to talking about weight.

Q) How would that look?

Amy McPherson: The number one question is to ask permission. ‘Is it okay if we talk about your weight today?’ Or even better, something like ‘Is it okay if we talk about how you can stay healthy and energized?’ If they say no, you can ask if it’s okay to talk to their mom about it. By focusing on growth and health, instead of weight, clinicians can make it a regular part of discussion and then it’s expected, and it takes the stigma out of it.

Q) It was fascinating that the youth said it made them angry that they perceived doctors and nurses as trying to change them.

Amy McPherson: We’re always trying to fix and change. One of my favourite lines is when clinicians say: ‘All you have to do is this…’ By taking that approach we’re putting the sole responsibility onto the individual, and not recognizing the many uncontrollable factors that lead to higher weight. We don’t know how to treat childhood obesity generally, so we’re often very unrealistic about what we’re asking children with disabilities to do, given the complexity of their lives.

Q) I guess in many cases families feel that the entire family has to change their eating habits?

Amy McPherson: Yes. While promoting healthy habits across the family isn’t necessarily a bad thing, with children with autism, food is often used for good behaviour. So if a family has found a way to manage behaviour so that everyone can be happy, we’re asking a lot to take that away from them. Families feel profoundly guilty that they’ve given their approval for their kid to go on medications that lead to huge weight gain. And to be fair, heath professionals often have a lot of moral distress that they prescribe these drugs. Unfortunately, they’re often the only thing that’s reduced a child’s self-harming and enabled them to function, for example, to go to school. “Children are great imitators, so let’s give them something to imitate.”

Q) So there isn’t really an alternative. Youth in your study said they felt negative when professionals used the words fat, obese and overweight to describe them. Interestingly, they said when language like that was used, they immediately tuned out.

Amy McPherson: We’ve done quite a lot of work on language in our interactive casebook on how to have conversations with children about weight and health. Phrases like higher weight and bigger body, which are purely descriptive, may be helpful. But there isn’t one word that you use with everyone. Clinicians need to talk to families about terms they find acceptable.

“Children are great imitators, so let’s give them something to imitate.”

Q) In what way did the youth feel clinicians stigmatized them?

Amy McPherson: By making it seem like a personal failing, and the perceived assumption that they were being lazy, eating bad food and not exercising. This was upsetting given the huge role of medication in their higher weights.

Amy McPherson: Yes, for some kids it could be an increase of 20 to 30 pounds. There are risks associated with higher weights: they can cause a metabolic syndrome that’s a precursor to chronic conditions like Type 2 diabetes or heart conditions. But the discussion can’t centre just around those extreme cases. People of many body sizes can be healthy.

Q) How did the clinicians usually tell kids they could lose weight?

Amy McPherson: Eat less, move more. All you have to do is…

Q) The study talked about how these children became obsessed with their higher weights, and this made them feel bad about their bodies.

Amy McPherson: Many had huge self-esteem issues. They felt they had to achieve a perfect weight. They knew it would please people if they lost the weight, but they couldn’t do it.

Q) What advice can you give health professionals?

Amy McPherson: In our casebook, we list a number of sentence starters that clinicians can try out. Instead of talking about a child’s ideal weight on the Body Mass Index (BMI) chart (see below), they can talk about a child’s best weight— which is the weight a child is at when they’re living a healthy life that they truly enjoy. They need to know that there are many ways of being healthy. We’re using the casebook with our autism clinicians here and asking for their feedback on how they’re using it in their clinical practice. A related study in Autism Research includes interviews with the same youth, as well as their parents and health professionals. Notably, professionals said they didn’t have sufficient training to feel confident in identifying and addressing higher weights in children with autism.

PreviousMigraine is Common, but Often Misdiagnosed
Next10 Habits to Strength a Parent-Child Relationship 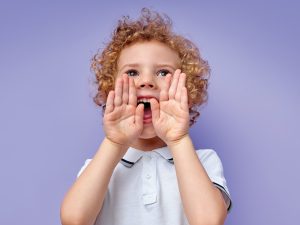 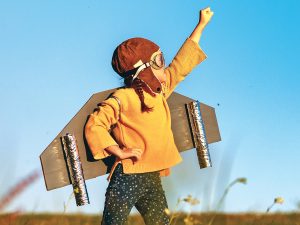 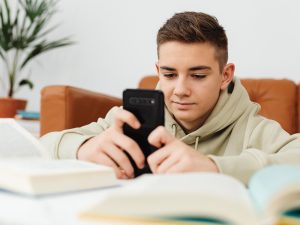 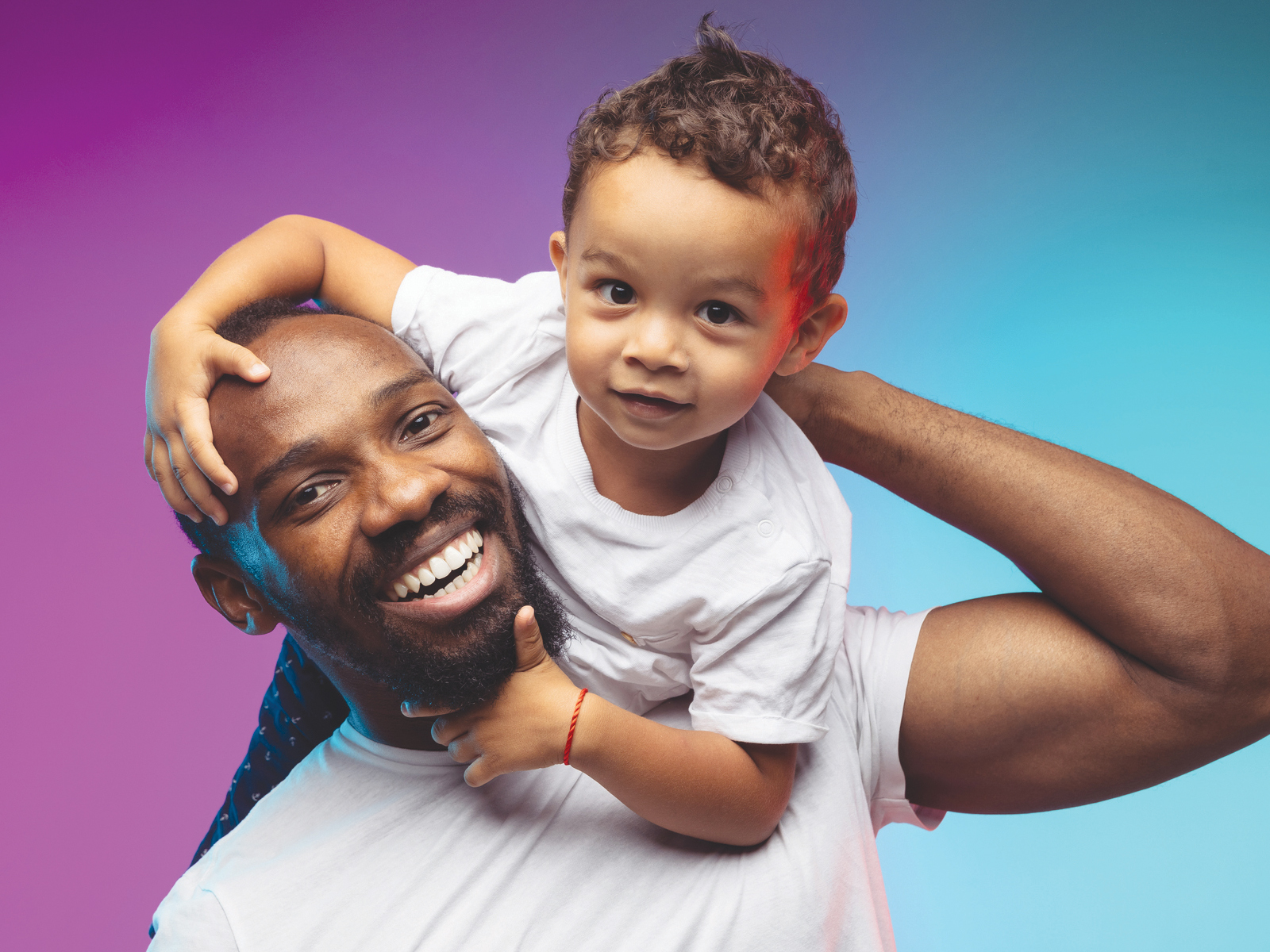 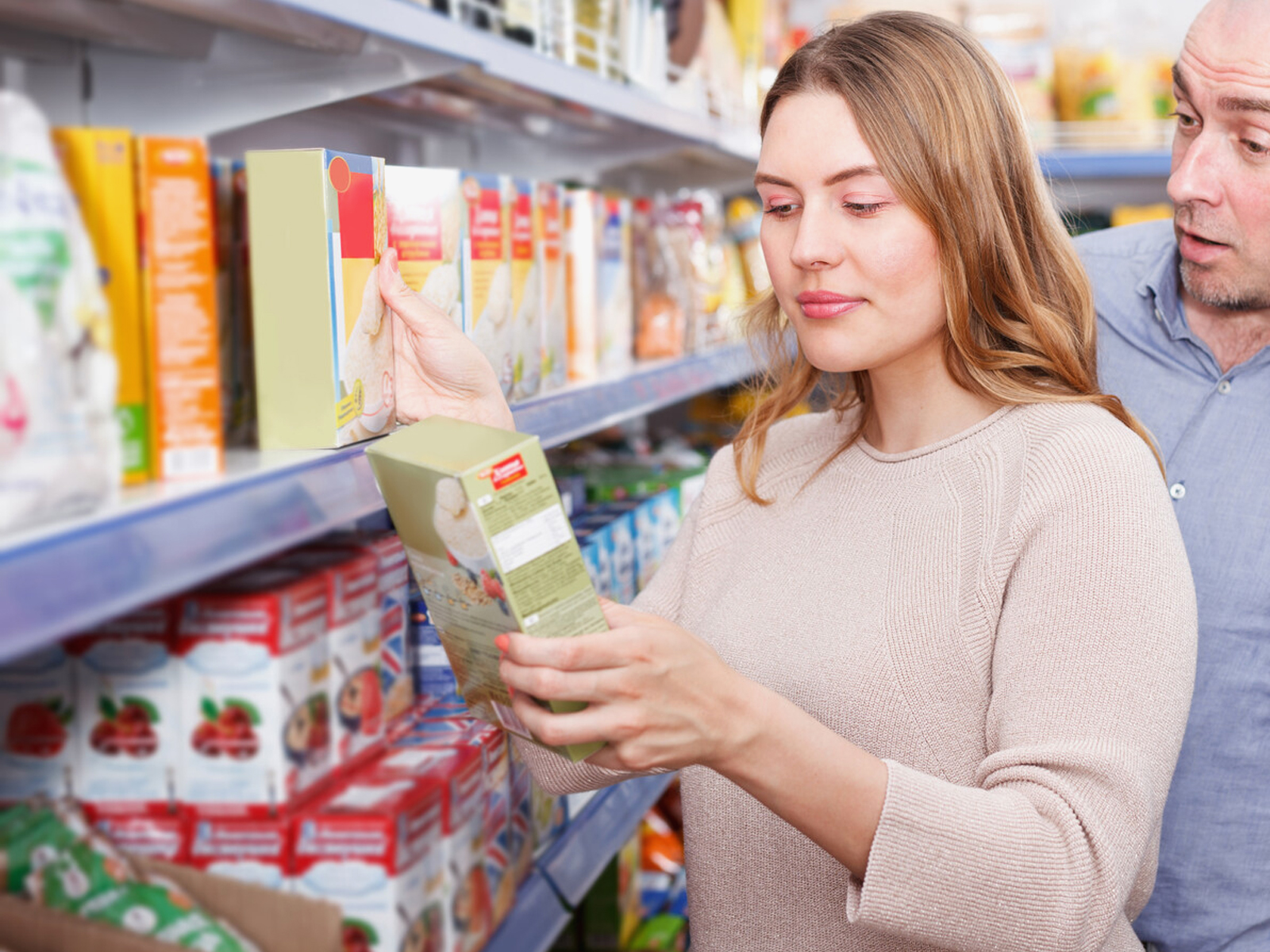 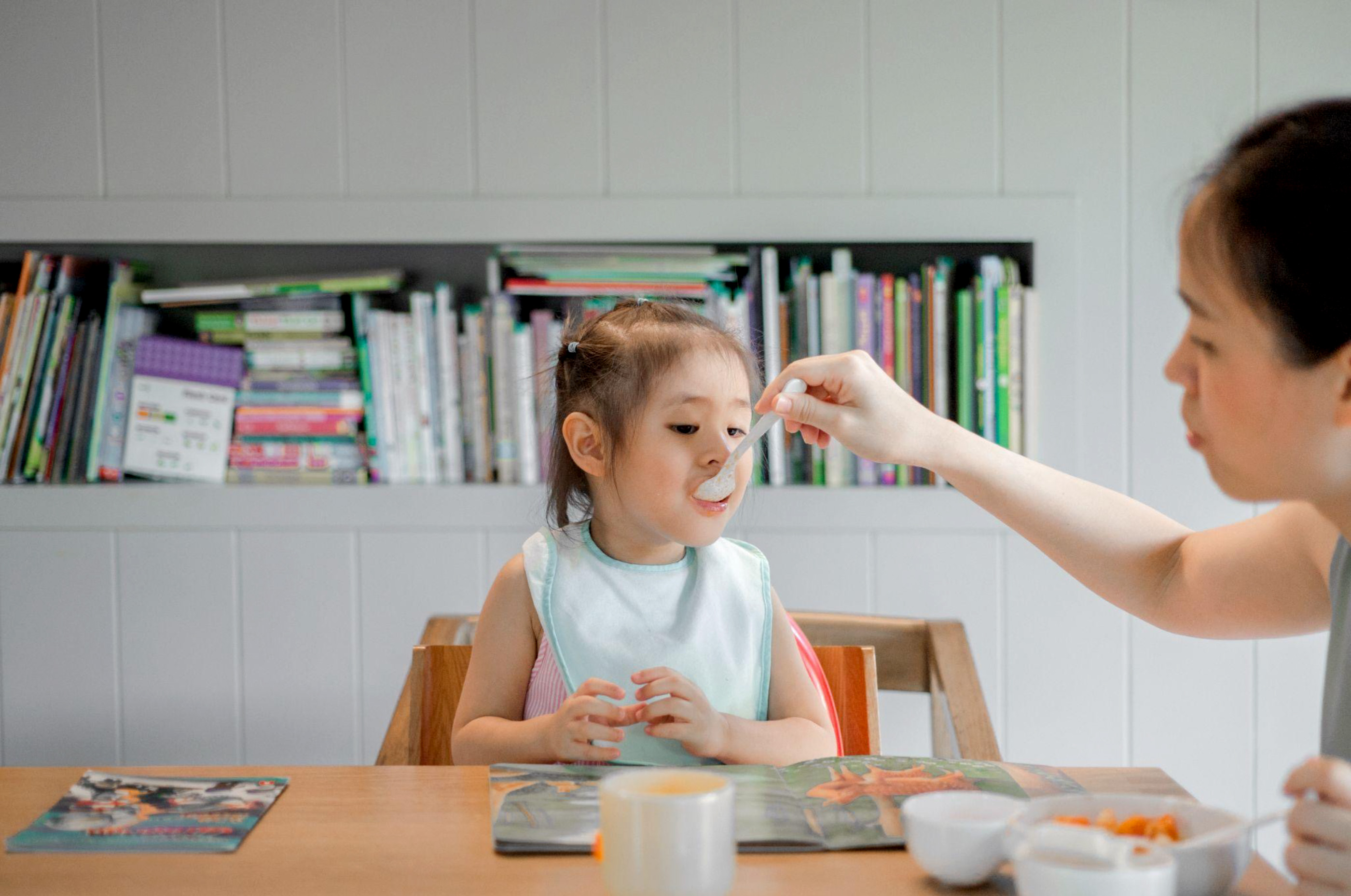 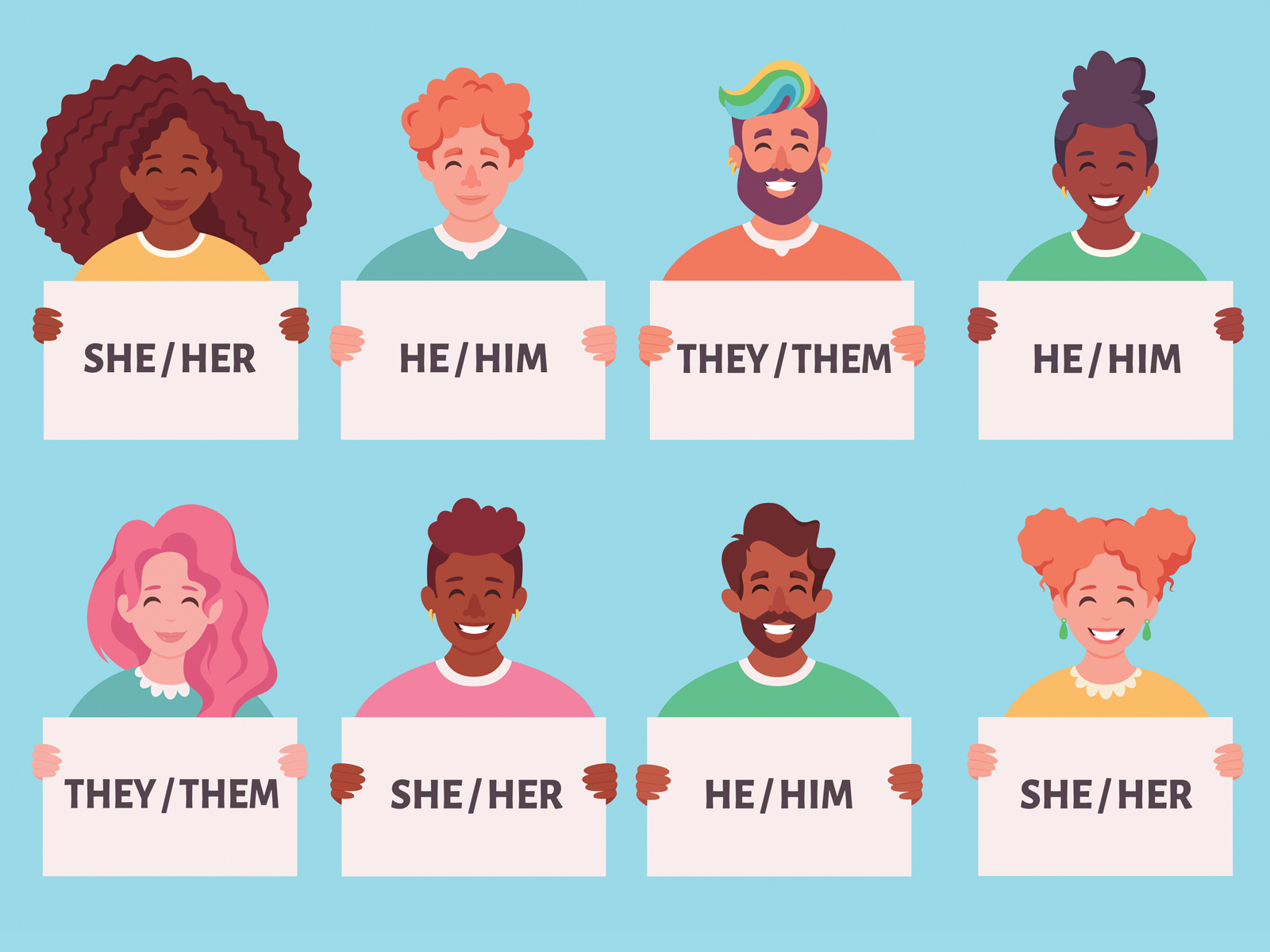 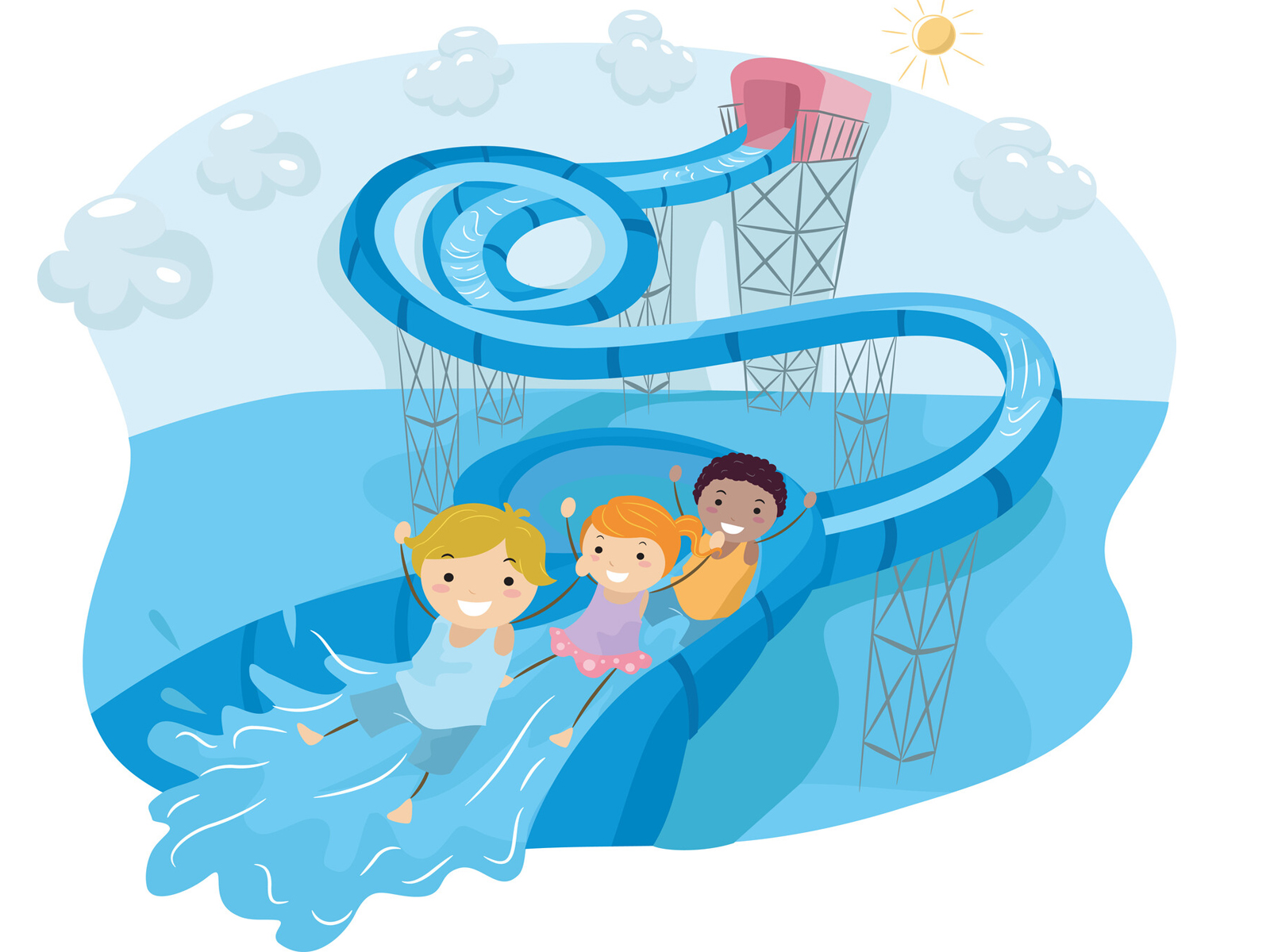